Respecting Chatham House Rule, Salon Camden encourages an open and uncensored dialogue on issues of our time. Speakers and Participants are respected for their views - difference of opinion is welcomed.

The nature of venues ensures that events are mostly limited to ~40 participants, offering a cozy environment for exchange of ideas and social networking.

A DINNER TO REMEMBER

Salon Camden events are known for fabulous dinners in beautiful settings adding an additional layer to a memorable experience.

Salon Camden was founded in 2008 by Azmi Haq alongwith Kevin Stolarik, Mahreen Haq, James Meers and Noor Haq. Its an interactive modern day forum evoking the Parisian Salons of the 18th Century. In 2018, Noor Haq took over as Director of programming. Salon Camden is recognized as the Premier Canadian Salon inspiring a salon fervor in Toronto that has extended to TEDx Toronto, Brama & Bluma Appel Salon, the Martin Prosperity Institute, Toronto Literary Salon, 1837, Salon Voltaire and beyond. Since its inception, Salon Camden has held over 80 Salon dinners involving thousands of participants in interactive conversations covering major topics of our time. In 2010, Salon Camden International was launched with events held in Bangalore, St. Petersburg, Montreal, Dubai, Tokyo, Abu Dhabi and Lahore. Salon events are by invitation only. 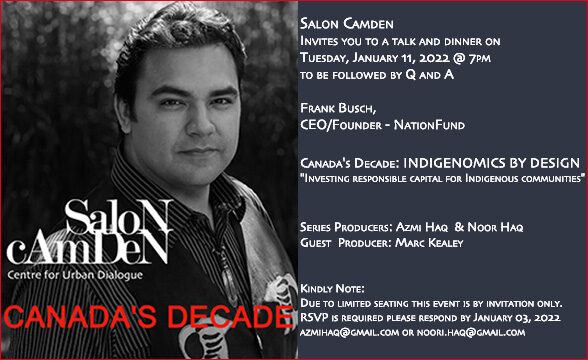 UPCOMING EVENT
Sadly omicron has brought in restrictions on congregations. The salon with Frank Busch will need to be rescheduled. We stand committed to a fantastic event as soon as omicron subsides. 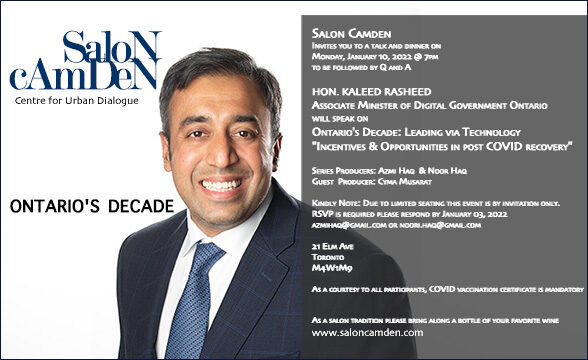 UPCOMING EVENT
Sadly omicron has brought in restrictions on congregations. The salon with Hon. Kaleed Rasheed will need to be rescheduled. We stand committed to a fantastic event as soon as omicron subsides. 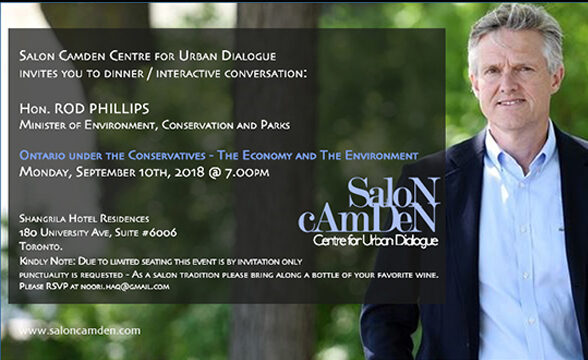 Ontario under the Conservatives – The Economy & the Environment 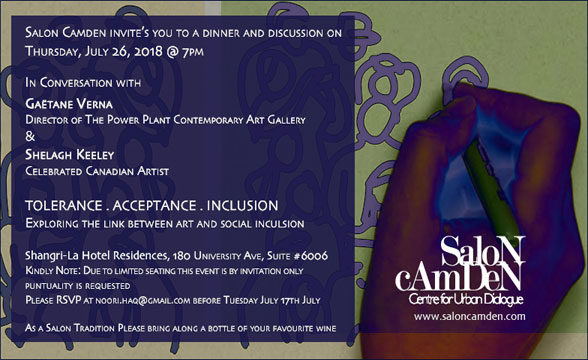 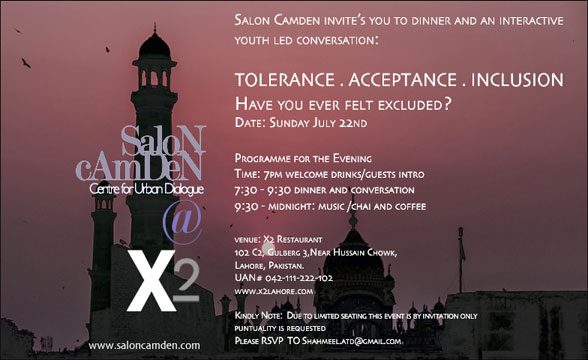 Tolerance . Acceptance . Inclusion – Have You Ever Felt Excluded? 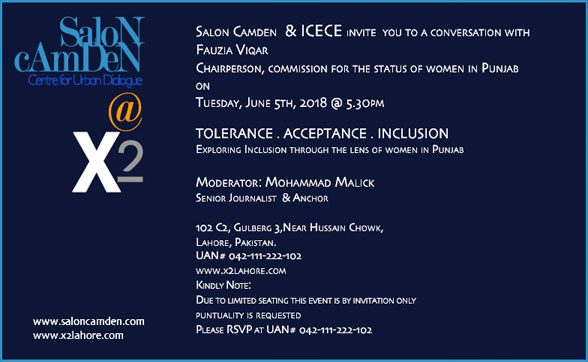 Tolerance . Acceptance . Inclusion – Exploring Inclusion Through The Lens of Women In Punjab 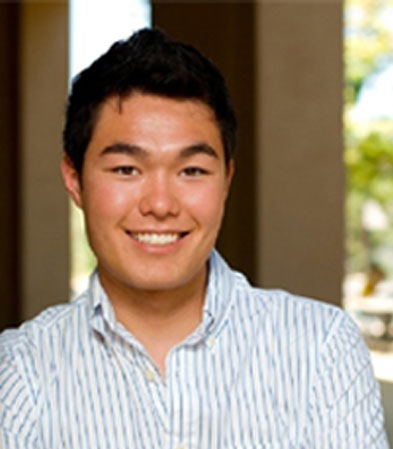 In true fashion of the 17th and 18th century French Salons,our gatherings bring together like-minded individuals from all walks of life in our city to exchange ideas make new friends,and enjoy delicious cuisine! 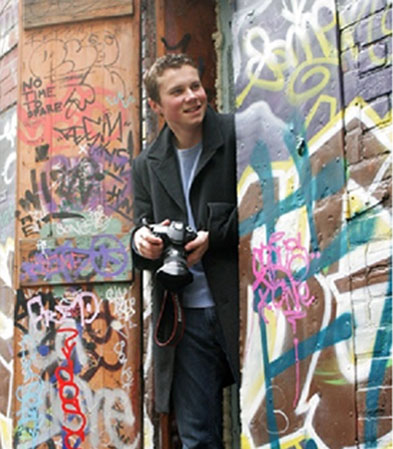 Simply put,my experience at Salon is about celebrating life,laughter,and learning. More than just being a powerful intellectual hub,Salon Camden is a meeting place for friends new and old 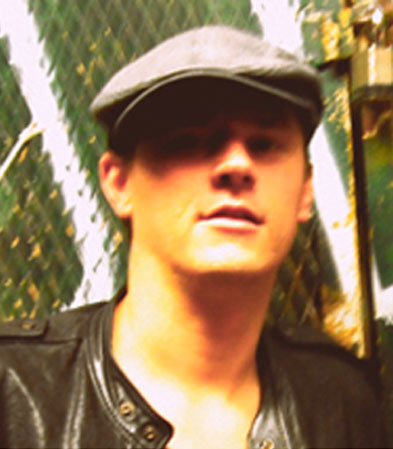 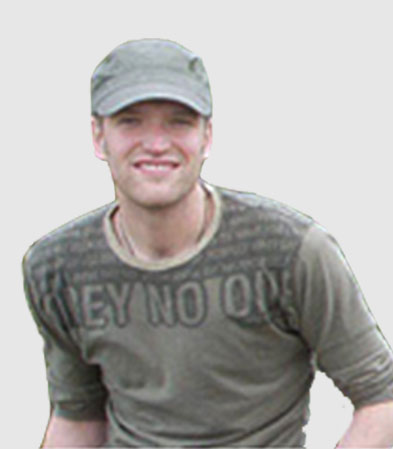 Real honest dialogue about issues that matter are endangered species in modem North are Amercian society.Too often the critical thinking is delegated to pundits and talking heads while real issues are decided behind closed doors